Home » Personal Relationships » Do You Have A Call to the Ministry?

Do You Have A Call to the Ministry?

After I moved to Texas, I joined a new Christian fellowship. All went well at first, then the leader took me aside and said I was no longer welcome; I was a false prophet, he said, and he was in charge. God’s word to us is always to leave when we are not of one mind so I backed off.

It was clear to me this man had even at age 68 a call to be a pastor. God has no retirement age. But this “call” was really arrogance.

To arrogate means to take upon oneself authority you do not have.

God’s call is grace, but authority is earned. When the Scripture says many are called but few are chosen it means that God cannot choose everyone he calls because the chosen ones are those who prepare themselves for the future.

The first warning any person must heed, is to know that you must not go into the ministry too early if you have not prepared yourself. Paul spent 14 years, he said, on the back side of the desert studying what God had for him. I went on a bus through the desert in Israel and it was pretty unpleasant. Then Paul returned to Jesus’ disciples and asked them to review his ideas and theology.

A young person may have a call to be a doctor but he’ll not be removing anyone’s tonsils until the medical board says so. This is true of God’s work too.

After 52 years of ministry, I’ve not seen it all but I’ve seen enough working for the Church and the Kingdom, both at home and in foreign fields.

What do you need to prepare as a minister?

When I lived in Tennessee a new congregation found an old church building in a poor area of town. In the beginning there was mediocre attendance. Then they set upon a plan that was wildly successful.

They sent a bus around on Sunday morning to the low-income housing asking parents, “Can we take your kids to Sunday school?” The parents signed legal release forms and the kids were excited to get a meal. Then they took them back to the church for breakfast and Bible study.

That Sunday morning, they learned that all the family’s money was gone in drinking over the weekend and the kids were hungry. They were often dirty and poorly clothed. Eventually the church provided voluntary showers and chose new clothes for the kids. They packed little suppers for them to take home to last until Monday when they’d have school food. They even included extra food for very small siblings as well.

Eventually the parents started drifting in to see what their kids were so excited about. Remember this. Even the worst parent appreciates someone who is kind to their children.

Over two years the congregation ballooned to 600 members, mostly the parents who now decided to straighten out their lives. In no way does this match the norm of faith and practice but it got God’s job done.

You may not be called to resist Adolf Hitler as did Eric Bonhoeffer which destroyed both Germany and his life. Bonhoeffer is the book of Job writ large. God is saying, there is another level of faith and Christian witness you are invited to join. Many men and women stop here and not move on.  It is your choice.

You may be humbled, exposed, driven away, slandered. You may lose all your friends or called to endure by standing your ground. How you react will determine the rest of your life. Out of that struggle you become a key person. You moved from servant to friend.

You moved from a life in God to dead in Christ.

I notice that retired ministers will often devote the balance of their lives to the word of God and prayer. No, they are not retired at all. They moved up.

Now back to the man who called me a false prophet. What followed was two long years of his fumbling along with no message. His small group dwindled down to six. He didn’t seem to notice the loss since he had independent income and the applause from this group seem to keep him encouraged.

Then another year went by. The group hung on. I asked an observer what they did. The reply, “He serves snacks.”  Do you want to be known as someone who serves snacks?

He was condescending, patronizing, clueless and also ineffective. How long will he stay that way? As long as he wants to. As long as God tolerates it. The bottom line is still our free will.

If you enjoy these articles please subscribe and then honor us with comments.  We provide Think Pieces for a public on the brink of mammoth changes and we need all hands-on deck. You can also follow Ms. Cree on Quora, Facebook and Linked In with additional background material on the author and her writings on AMAZON or Barnes & Noble, where you may purchase her e-book, Immaculate Assumptions: All You Heard about the Bible that Isn’t True.

Write Your Future in the Snow

This December we had nine inches of snow.  It was like a blank sheet of white paper on which we could write our future.  The 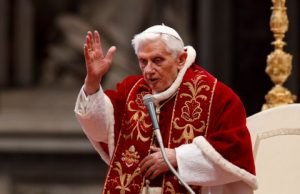 The Democrat’s Sexual Agenda for 2021

Christianity weakened itself by compromise with sin and evil.