Prophecies for America August to January 2020

The prophets have spoken. Dozens of them. Prepare for war in the streets, foreign soldiers, financial troubles. If you prayed for the Rapture, this is not it. If you think this are bowls of wrath from Revelation, this is not it. Enemies of the west, of democracies especially have been fleecing America for generations and that has all suddenly stopped.

In addition many nations, especially Russia and China, have egregious domestic problems, like drought, native protesters, and plagues including Covid-19.  Another engineered disease is on its way to us all.

There will be a double rainbow over the White House. There are photos of single rainbows already ,but no double one. This will indicate two promises from God for the future.

It is the open, public and unashamed long-range plan of the demonic world to take over the USA and make it a chattel state of the kingdom of the Devil using the carnally-minded populace as a front of deceived voters. It has as its agenda:

The Kingdom of the Enemy has already a long track record. How will they do it?

What will happen to the dissidents? You can imagine. Presently all the opposition is little more than “fighting in the flesh,” changing laws, changing budgets, removing statues, and statutes, public apologies and mea culpas, or bowing to demands that cannot be met.

For example, it is impossible to define when racism is gone, so it is not a viable enemy. Racism is little more than a word which means: “You are a racist if you don’t agree with me.” That makes racism an opinion.

Real fighting is done in the spirit…fasting, prayer, worship and celebrations of the lordship of Jesus and the Father. Our nation today has many warriors – black, white and Latino- and even a new growing element, former Muslims and Asians from across the Pacific Rim, led by Koreans – believing God for massive changes, and a final chance to silence the enemy and his angels before “the great and terrible day of the Lord.”

It is a war made up entirely of volunteers. Are you one of them?

More warfare music. Keep this on your computer when you are working. It warns the enemy that you are on duty, a line he may not want to cross. 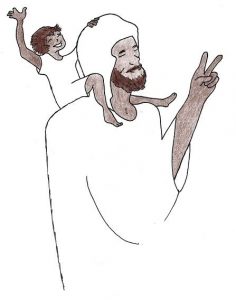 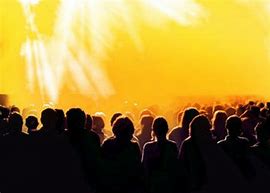